Introduction While the economic recovery has been slower than some would like, business is booming for many Hispanic entrepreneurs. From 2007 to 2012, the number of U.S. businesses grew just 2%. However, during that same period, minority-owned businesses experienced significant growth – 38%, according to the most recent Census Bureau Survey of Business Owners. And Hispanic business […] 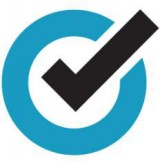 While the economic recovery has been slower than some would like, business is booming for many Hispanic entrepreneurs. From 2007 to 2012, the number of U.S. businesses grew just 2%. However, during that same period, minority-owned businesses experienced significant growth – 38%, according to the most recent Census Bureau Survey of Business Owners. And Hispanic business owners are responsible for a large part of that. From 2007 to 2012, Hispanic-owned businesses climbed to 3.3 million nationwide – a 46.3% increase, faster than any other race or ethnic group.

That 3.3 million represents just under 12% of the 27.6 million businesses in the U.S., according to the U.S. Census Bureau’s most recent estimates. They cover a wide range of fields, from retail to healthcare to transportation. They are owned by both men and women – between 2007 and 2012, the number of female Hispanic-owned businesses jumped 87 percent. They contribute significantly to the economy, generating $473.6 billion in revenue and employing 2.3 million people.

And they’re located all over the country – although some places are better for business than others. GoodCall ranked the best places in the U.S. for Hispanic entrepreneurs to invest their time and money. We evaluated nearly 400 metropolitan statistical areas (MSAs) on a number of factors – including Hispanic-owned business representation, educational values, economic health, networking potential and more – to determine which areas are best for Hispanic business owners.

What we found? Many big population centers top our list, including the Washington, D.C. area at #2, the Miami area at #8, and the New York metropolitan area at #9 (closely followed by the New Orleans area at #10 and the Atlanta area at #11). Unsurprisingly, cities in states with large Hispanic populations also rank highly – of the top fifty cities, 12 are in Texas and five are in Florida.

See our full rankings and methodology, plus insight from successful Hispanic entrepreneurs, below.

Topping our list is Midland, TX, ranked by Forbes in 2014 as the second-fastest growing small city in the U.S. Midland is home to nearly 5,000 Hispanic-owned businesses, which make up 26% of all businesses in the area (Midland is 19.05% Hispanic). A number of factors contributed to Midland’s #1 win – it ranked first on our list for economic health, and also ranked highly for networking potential, business climate and affordability. Also helpful for entrepreneurs – Midland has one of the lowest unemployment rates in the country, at 4.4% for all workers and 3.4% for Hispanic workers according to the most recent data. And while falling prices have slowed growth some in this oil town, its economy is still bustling, with major construction projects underway and many new businesses opening.

The metropolitan area housing our nation’s capital also ranks second in the nation for Hispanic entrepreneurs. This metro area, with a population of 6,097,684 (8.10% Hispanic) has nearly 66,000 Hispanic-owned firms – that represents 12% of all firms in the area. A strong economy contributed to the Washington-Arlington-Alexandria area’s high ranking, including positive GDP growth and relatively low unemployment (5.1% for all workers and 5.5% for Hispanic workers). The area also ranked highly for business climate, which took into account the density of Hispanic-owned businesses. Washington-Arlington-Alexandria area entrepreneurs can benefit from a diverse economy – while many in the area are involved in government or government contracting, it is also a growing technology and engineering hub and a popular tourist destination, as well as a center for research.

Tied for #3 on our list, Odessa has nearly 6,000 Hispanic-owned businesses – 40% of all firms in the 159,436-person metropolitan area. Factoring in Odessa’s #3 ranking? High scores for business climate, economic health and affordability – in fact, the area ranked #2 overall for affordable living. The Odessa area has low unemployment, particularly for Hispanic workers (4.3% versus 5.2% for all workers). And a low average rent as a percentage of average income means it could be easier to cover the costs of starting a business. What keeps Odessa’s economy churning? Despite a recent slowdown for the oil industry caused by falling prices, the area has proven to be resilient, relying on the local logistics and retail distribution industries, as well as higher education and recent forays into clean energy.

Head southeast, and you’ll hit our other #3 place for Hispanic entrepreneurs, Houston-The Woodlands-Sugarland, TX. This metropolitan area, with a population of 6,656,947, is home to more than 160,000 Hispanic-owned businesses (27% of all firms in the area). The Houston-The Woodlands-Sugarland area has a strong economy (#7 overall), making it a great place for entrepreneurs – contributing factors include positive GDP growth and relatively low unemployment (5.6% for all employees and 5.45 for Hispanic employees). The area also scored highly for business climate, measuring the density of Hispanic-owned businesses. Like other Texas cities, Houston-The Woodlands-Sugarland has recently felt the impact of falling oil prices, but the area’s economy has been able to rely on its investments in healthcare, biomedical research, aerospace and petrochemical manufacturing. As of 2011, the metropolitan area was home to 23 Fortune 500 companies.

#4 on our list? The metropolitan area home to Texas’ “weirdest” city, Austin-Round Rock. The area, which is home to a population of more than 2 million (15.65% Hispanic), has 33,900 Hispanic-owned businesses – 19% of all businesses in the area. High scores for business climate and economic health factored into Austin-Round Rock’s high rank – from 2014 to 2015, the area experienced 5.03% GDP growth and had just 4.5% unemployment (5.7% for Hispanic workers) according to the most recent numbers. The Austin-Round Rock area has a diverse and profitable economy – it is a major center for tech and engineering, helped in large part by of the University of Texas’ flagship location there, as well as pharmaceuticals and biotechnology. Austin’s economy is also helped by a thriving tourism industry and a strong network of locally-owned businesses, making it a great place for new entrepreneurs.

Another Texas metropolitan area rounds out our top 5 – Dallas-Fort Worth-Arlington. With a population of more than 7 million, the area is home to more than 1 million Hispanic-owned firms – 18% of all businesses in the area. The Dallas-Fort Worth-Arlington area ranked highly for business climate and economic health (#11 overall), with positive GDP growth and relatively low unemployment – 4.9% for all workers and 5.5% for Hispanic workers, according to the most recent estimates. Unlike other Texas cities, Dallas has remained largely unaffected by the downturn in the oil industry – largely thanks to a highly diversified economy. The area is home to many large corporate headquarters, including AT&T, Toyota, Southwest and American Airlines, 7-Eleven, Frito Lay and HP Enterprise Services. Dallas also has more shopping centers per capita than any other U.S. city, and is the third-most popular business travel destination in the U.S.

Go northwest – way northwest – and you’ll find our #6 place for Hispanic business owners: Anchorage, AK. This metropolitan area of nearly 4 million has seen a growing Hispanic population since the early 2000s, and there are now more than 1,400 Hispanic-owned businesses in the area. Helping Alaska’s ranking? A high score for economic health, driven by positive GDP growth and low unemployment – particularly for Hispanic workers. According to the most recent estimates, unemployment for Hispanic workers was 3.8% (compared to 7% for all workers). Similar to other areas in our top 10, the Anchorage area has a diverse economy, driven by large transportation, military, government, tourism and resource extraction sectors. Anchorage has traditionally seen steady economic growth, and tends to not be as affected by economic downturns as areas in the lower 48 states.

#7 on our list? Casper, WY. This metropolitan area of more than 80,000 has a small but growing Hispanic population, with 310 Hispanic-owned businesses. It ranked high on our list largely due to high scores in economic health (#7) and affordability (#5). Casper has a low unemployment rate (4.6% for all workers and 3.7% for Hispanic workers) and has seen positive GDP growth in recent years. Its low cost of living, based on average rent as a percentage of average income, also makes it a great place for entrepreneurs to start a business. And although Casper, like other northern Wyoming cities in the oil trade, has been affected by the recent drop in oil prices, its economy is also supported by regional banking and commerce.

The #8 best place for Hispanic entrepreneurs is the Miami-Fort Lauderdale-West Palm Beach, FL area. With a population of more than 6 million people (28.09% Hispanic), the area has more than 420,000 Hispanic-owned firms – a full 47% of the area’s total businesses. The Miami-Fort Lauderdale-West Palm Beach area ranked highly for business climate (#3), networking potential (#2), and educational values, making it a great place for Hispanic entrepreneurs to launch a business. What keeps the area going? Miami itself is a major hub for commerce, finance and international business, and several large companies are headquartered in the area (including the nation’s largest Spanish language media companies). Tourism is also a big draw, with beaches, conventions, festivals and events drawing millions of visitors every year.

The largest metropolitan area on our list comes in at #9 for Hispanic entrepreneurs. The New York-Newark-Jersey City area has a population of more than 20 million people, 13.92% Hispanic, and the area is home to more than 330,000 Hispanic-owned businesses (15% of all firms). The area ranked highly for business climate and networking potential (#15), making it a great place for Hispanic entrepreneurs to start a business and find a community. It’s no surprise that the New York-Newark-Jersey City area has a diverse economy – the New York City economy alone is the largest regional economy in the U.S., and the area has a leading presence in finance, international trade, media, real estate, education, fashion and entertainment, tourism, biotechnology, and manufacturing.

Rounding out our top 10? The home of the Big Easy, the New Orleans-Metairie, LA metropolitan area. This metropolitan area of more than 1 million people (5.02% Hispanic) is home to nearly 9,000 Hispanic-owned businesses – 7% of all the area’s businesses. The New Orleans-Metairie area ranked well for networking potential and economic health, contributing to its top 10 spot. The area has experienced positive GDP growth in recent years and, according to the most recent estimates, unemployment is lower for Hispanic workers than it is among all workers (6% versus 7%). What drives the New Orleans-Metairie area’s economy? The area is home to one of the world’s busiest ports, and the New Orleans metropolitan area is a major hub for maritime industry. Other major industries include oil refining and petrochemical production, higher education, health care, manufacturing and tourism.

Data was taken from the U.S. Census Bureau and the Bureau of Economic Analysis to determine:

35% Business Climate- Areas with a higher density of Hispanic-owned businesses provide a better business climate for Hispanic entrepreneurs looking to launch a business in the area. We measured local Business Climate by evaluating:

25% Economic Health– The overall health of a local economy can greatly impact how a business performs. We measured local Economic Health by assessing:

10% Educational Values– Higher rates of educational attainment for Hispanics signifies that a community values the success of the Hispanic population in relative proportion to that of other residents in the area. We measured local Educational Values by looking at:

10% Affordability– The more affordable it is for an Hispanic business owner to live and operate a business in an area, the better their chances are for success. We measured local Affordability by assessing: