Update: These rankings have been updated for 2016 here.  Teaching is often lamented as one of the most demanding (and lowest paid) professions. During the Recession, states across the country were forced to cut education funding – and with it teacher salaries. But things are looking up – especially in these 10 places. If you’re […] 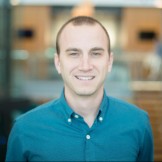 Email | Twitter | LinkedIn Paul is a High Point University graduate with a B.S. in Business and a B.A. in Strategic Communication. GoodCall's resident numbers guy, Paul is a digital marketing expert who has been working in data analysis for more than 3 years. Paul contributes to GoodCall News with original data and reports.

Update: These rankings have been updated for 2016 here.

Teaching is often lamented as one of the most demanding (and lowest paid) professions. During the Recession, states across the country were forced to cut education funding – and with it teacher salaries. But things are looking up – especially in these 10 places. If you’re studying to become a teacher, consider moving to one of these cities after graduation – according to our calculations, they’re the best in the nation for educators.

We evaluated each city on a number of criteria, including:

We then combined this data, gathered from sources including the U.S. Census, Indeed.com, the National Center for Education Statistics, and WalkScore.com, to come up with an overall ranking. Read on to check out our top 10, click through our data, and see which other cities came close!

Great for teachers because: The capital of Washington, Olympia provides teachers with an average salary of $61,530. More than that, it has a high school graduation rate near 90%, paired with more than 60 currently available teaching jobs. The school district has a total of 18 schools: 11 elementary schools, four middle schools, and three high schools. As for amenities, you better like the outdoors: some of Olympia’s most popular attractions are its parks and nature conservation areas.

Great for teachers because: Pittsfield has recently been ranked among the greenest places to live and the best places for small business. It’s also one of the best place to be a teacher. Pittsfield boasts a $66,600 average teacher salary. Its public school system has over 6,000 students at twelve schools, and the city also has several parochial and private schools. As for amenities? Pittsfield is known for theatres, concerts, restaurants, historic homes and neighborhoods and more.

Great for teachers because: The capital of Ohio, Columbus has a 92% high school graduation rate and 237 available teaching jobs, as well as a $63,460 average teacher salary. It’s also tied with Rockford, IL for lowest cost of living. Home to the largest school district in Ohio, Columbus operates 142 elementary, middle and high schools, along with a number of magnet schools. Fun fact: many sources claim that Columbus is the birthplace of the nation’s first kindergarten and junior high.

Great for teachers because: Manchester is often listed among the best cities to live – and it’s also one of the best places to teach. The New Hampshire city has more than 220 teaching jobs currently available, with an average salary of $55,390. It’s also one of the lowest on our list for cost of living, so that salary will go a lot farther. And Manchester isn’t just good for teachers – according to a 2013 study, it’s the seventh best metropolitan area for upward income mobility, regardless of field.

Great for teachers because: Number six on our list, Richmond offers teachers a $59,990 average salary, plus more than 150 currently available teaching jobs. The city also has a relatively low cost of living, balanced out by a high amenities score. Richmond is home to the Maggie L. Walker Governor’s School for Government and International Studies – consistently ranked one of America’s best high schools – as well as 28 elementary schools, nine middle schools, eight high schools and 36 private schools.

Great for teachers because: Often named among the best places to live and raise a family, this Western New York city is also great for teachers. Rochester has an average teacher salary of $58,160, plus a 94% high school graduation rate. The area’s public schools have been ranked as some of the best nationwide, and there are also a number of private, parochial and charter schools in the city. Rochester is also home to several institutions of higher education, including the University of Rochester and the Rochester Institute of Technology as well as a community college and a divinity school.

Great for teachers because: Ithaca is well-known by students as the home of Cornell, as well as Ithaca College. But it’s also a great place for teachers. The New York city has the highest high school graduation rate on our list, at 95%. It also offers teachers an average salary of $64,950 per year. The Ithaca City School District enrolls around 5,500 students in its twelve schools, and the area also provides a range of private and alternative options.

Great for teachers because: Coming in at number three on our list, Charlottesville offers teachers an average salary of $66,420 per year – more than $10,000 higher than the national average. Though Charlottesville has a slightly higher cost of living than some of the other cities on our list, it makes up for it in amenities. C’ville teachers can take wine and beer tours, visit Monticello or Shenandoah National Park, or attend events at UVA.

Great for teachers because: The Central New York city pays teachers one of the highest average salaries on our list, at $67, 310. Syracuse also boasts a 90% high school graduation rate, along with a low cost of living and high amenities score. The city supports five high schools, six middle schools and 17 elementary schools, as well as three alternative schools. The Syracuse Say Yes to Education Program focuses on bridging the achievement gap and funding higher education for low-income students.

Great for teachers because: Number one on our list? Lancaster, PA. This Central Pennsylvania city has nearly 70 teaching jobs currently available, with an average salary of $60,370. Lancaster’s school district is the second-oldest in Pennsylvania, and the city contains a number of private and public schools. What really puts it over the top, though? Its near-perfect amenities score. Off-duty teachers enjoy shopping at malls and boutiques, strolling through museums and art galleries, and exploring historical landmarks.

13. Pittsburgh, PA: Pittsburgh pays teachers an average of $61,100, and has a low cost of living paired with great amenities.

14. Rochester, MN: Rochester has an average teacher salary of $55,180, with more than 60 currently available teaching jobs.

15. Columbia, SC: Columbia offers teachers an average salary of $49,880. combined with a low cost of living.

The Best Places to Be a Teacher

GoodCall analyzed cities nationwide to come up with an overall ranking, based on: