The cost of a college education has been rising precipitously for years. The 529 college savings plan was created, in large part, owing to the dramatic increase in the cost of college. The idea in 1986 was to create a state-sponsored way for families to save for and pay for college. Since then, the 529 has become the favored way to put away money for a child or children’s higher education, and get a tax break in the process.

There are also more options available now than ever before, offering savings strategies more tailored to the individual and family’s needs and lower fees than in the past. “One of the most appealing things about the 529 is that there is something for everyone,” says Mike Lynch, vice president of strategic markets at Hartford Funds. “You can build your own model (of investments) or have that model set up for you.”

Below Figure 1 shows how savings in 529 plans have been growing at the same rate, more or less, as student loans, according to data from the Federal Reserve. Figure 2, however, more clearly shows that the total amount of 529 college savings held by families pales in comparison to the student loan debt, which now stands at around $1.2 trillion.

With so much student loan debt and more students from diverse economic backgrounds pursuing higher education, the need to save for college has become all the more important. Just 2.5% of all American households had a 529 plan in 2013, down from 3.1% in 2007, reveals the Federal Reserve. When broken out by income, just 0.3% of households with the lowest income levels were using a 529 plan to save for college, compared to 11.2% at the highest income levels.

One of the largest obstacles to saving in a 529 plan is simply the lack of knowledge about what’s out there. GoodCall’s comprehensive guide to 529 plans outlines the kinds of 529 options and benefits available to savers, including important definitions, coupled with top considerations to help you decide which 529 plan is best for your needs and expert advice on the advantages and disadvantages of different types of 529 plans.

Used by most families looking to save for college, a savings-based, or traditional, 529 plan works similar to a 401(K) in that you make contributions to the plan, which are then invested in mutual funds or other investments. The amount in the account goes up or down based on how the stock market or your investment option is performing.

Offered by about 12 states and private colleges and universities around the country, with a prepaid 529 plan, parents lock in the cost of college today even though their child won’t be attending school for years to come.

With this plan, run and managed by a group of 280 private colleges and universities, savers are given guaranteed tuition credits at today’s rates. That means if it costs $30,000 to attend Baylor University and you put $10,000 in the Private College 529 plan, one-third of a year of school is paid off, even if the school costs $90,000 when your child attends. The child can choose to attend any of the 280 schools that participate in the plan, or if he or she chooses to go to a state school, the money can be rolled over into a traditional 529 plan.

“The risk is completely out of the equation,” says Nancy Farmer, president of the Private College 529 Plan. “You don’t have to worry about how much tuition increases and there are zero fees.” That means every dollar that goes into the plan goes to pay for school. The private colleges and universities cover the overhead, investment fees and marketing costs.

In order to get families to save in a traditional 529 account, the plans are designed to be tax advantaged, which means there are special tax benefits for investing in them. Earnings from a 529 plan are not subject to federal tax and, in many cases, state tax breaks can lower a saver’s taxable income or the amount they owe Uncle Sam come tax time.

529 plans can be as easy as setting it and forgetting about it or as complicated as building the underlying investments your savings are going into. Which one is right depends on the saver’s goals and investing strategy. People who don’t want to think about the 529 account other than funding it are more suited for an age-based approach. With that, the investments are aggressive when the child is young and conservative as he or she nears high school graduation.

With an actively managed 529, the aim is to beat a specified index or basket of stocks. This means there is a money manager or investment professional who is choosing the investments based on the market conditions. It’s for people who don’t mind some risk and who won’t panic during occasional stock market downturns.  “Age-based puts things on autopilot, but it’s not always best for everyone,” says Lynch at Hartford Funds. “It comes down to whether you want it on autopilot or actively managed?”

By design, 529s are set up to be flexible. Earnings can be used for colleges, universities and trade schools and can be transferred to anyone within a family. There’s a range of eligible expenses including books, supplies and technology, in addition to tuition and room and board. Though if the savings are withdrawn for non-eligible college expenses, the money earned is subject to income tax plus a 10% penalty.

In addition to earnings being tax-free, lots of states offer a tax break for investing in your own state’s plan. At last count, 34 states and Washington D.C. offer residents’ income tax breaks. And because of that, for most savers, the state 529 plan is going to make sense.

But there are also those instances when an out of state plan is more attractive. It may be because a person likes a particular fund manager, or is impressed with the performance of a competing plan. Investments vary from plan to plan and could be a reason someone would prefer to go out of state. It pays to figure out how much there’s to lose by going out of state and compare that to the expected returns. Will the out of state plan earn enough to make it worthwhile?

“We always tell people to start with the state to see whether or not it offers special tax incentives to invest in that state plan and how those tax incentives would affect their own personal tax bill,” says Peg Creonte, senior vice president of Ascensus College Savings. “For a lot of different reasons, choosing other state plans may be attractive.”

A 529 plan is an investment vehicle and just like other investments, there are costs associated with running the fund. Those costs are passed on to investors as fees and expenses. They’ve gotten lower over the past fifteen years, but it’s still something to weigh when choosing a 529. Fees are going to lower your overall returns so you don’t want to go with a plan that has excessive fees.

For families trying to put away money for higher education, the rising cost of tuition is going to matter a lot in terms of their eventual buying power. That makes prepaid 529 plans appealing because you can lock in the price today and send your child to school later.

Prepaid 529 plans are also appealing to risk-averse investors, who are afraid to lose money in the stock or bond markets. According to Morningstar, the mutual fund research company, 93% of traditional 529 plans tracked by Morningstar fell in value during the last stock market crash and nearly one-third lost at least 40% of their value.

Prepaid 529 plans are also appealing to risk-averse investors, who are afraid to lose money in the stock or bond markets. According to Morningstar, the mutual fund research company, 93% of traditional 529 plans tracked by Morningstar fell in value during the last stock market crash and nearly one-third lost at least 40% of their value.

When it comes to prepaid 529 plans offered by states, the devil is in the details. While savers often assume the money they put into a state prepaid 529 is guaranteed, that’s not always the case. According to Betty Lochner, Chair of the College Savings Plans Network, every state is going to be different in terms of their payout values, guarantees or what happens if the plan is underfunded.

In order to take advantage of a state prepaid 529, the student has to have residency in the state. One of the knocks on these savings vehicles is that you don’t know what the future holds. For instance, you may have paid into the state of Louisiana’s plan but your child wants to go to New York University. According to Lochner, if you don’t use the money for a state school, the value of the account is transferable and the money can be used elsewhere. Though, the amount you’ll get if you go out of state is different in each state, says Lochner.

College savers also give up control when going the prepaid 529 plan route. That’s because with a traditional 529 plan, you get to choose how the money you are contributing is invested. For instance, many plans offer the ability to be aggressive when the child is young and more conservative as high school graduation nears.

It’s also important to note though that a lot of prepaid 529 plans, only cover tuition but not the other expenses associated with college. “A big chunk of the cost of college is room and board,” says J.J. Montanaro, a certified financial planner with USAA. “That’s not typically covered by these plans, so I don’t think doing this eliminates the need to save anyway.”

Although 529s have been around for years, there’s still a big misconception about the plans and saving for college in general. With 529 plans, in particular, a common misnomer is that if someone invests in a state plan they have to attend a school in that state. The reality: anyone can enroll in any state plan and they can use the funds to attend any kind of post-secondary school in any state, says Creonte of Ascensus College Savings.

However, if the plan is in the grandparent’s name, then yes, distributions from a 529 plan can hurt financial aid eligibility in the future. Grandparents can transfer ownership of a plan to a parent to avoid this from happening. Alternatively, they can also wait until the student’s last year of school to make distributions from the 529 plan to the student.

On the finances side of the equation, a point of confusion is the rate at which investments grow. Kevin Driscoll, vice president of advisory services at Navy Federal Financial Group, says lots of people wrongly think if they put away $100 a month when their child is young, they will have enough for college. Doing that is commendable but it’s not going to be enough to bankroll a bachelor’s degree. “The growth of money takes much longer than we think it does,” says Driscoll.

At the end of the day, the 529 plan is only going to be good as the savers that are behind it. After all, the money isn’t going to grow if there isn’t anything going into it. Because of that, experts say you want to start saving early and often as possible, making regular and if possible lump sum contributions.

Some employers are even making that easy to do, offering programs where a percentage of the pay goes directly into the 529 plan similar to how a 401(k) works, says Ken Mahoney, Chief Executive of Mahoney Asset Management. If it’s automatic, people are more apt to save.

Maximizing a 529 doesn’t stop with the person or people who opened it up. Mahoney advocates making it a family affair, enlisting grandparents, aunts, uncles and any relatives to invest in the 529 in lieu of a gift for holidays and birthdays. “Instead of buying a toy that will probably get broken or lost in a week, it makes sense to tell other family members about the account,” says Mahoney. “One of the benefits of a 529 is the ease of use,” which means relatives should have no problem contributing. 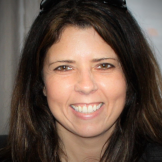