For College Students, 15 (Credit Hours) is a Magic Number

College students generally must take only 12 credit hours each semester to stay classified as full-time students, but there’s a growing movement to push them toward 15. The primary purpose: to keep them moving more quickly toward graduation because of the failure of many students to earn a degree at all. President Obama has even […] 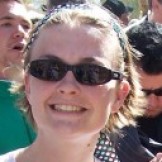 Eliana Osborn is an associate English professor at Arizona Western College, with degrees from Brigham Young University and Northern Arizona University. She’s published widely in forums such as The New York Times, the Washington Post, the Christian Science Monitor, and the Chronicle of Higher Education.

College students generally must take only 12 credit hours each semester to stay classified as full-time students, but there’s a growing movement to push them toward 15. The primary purpose: to keep them moving more quickly toward graduation because of the failure of many students to earn a degree at all. President Obama has even proposed a Pell Grant bonus for recipients who take a 15-hour load.

Research from the Community College Resource Center at the Teacher’s College of Columbia University provides even more reason to emphasize an increased credit-hour load per semester. A new study, Momentum: The Academic and Economic Value of a 15-Credit First-Semester Course Load for College Students in Tennessee, lends backing to the notion that the higher hour load leads to a better likelihood of graduating.

“When students take too few courses in the first semester or academic year, it negatively affects their ‘momentum,’” the study’s authors write. “Compounded over semesters, these students accumulate insufficient credits to graduate within the conventional time frame.”

Taken solely from a financial view, it’s easy to see why a degree costs less when more credits are taken during a semester. Full-time tuition kicks in at twelve credits, without additional fees for further credits. Students generally can take up to 18 credits in a semester without special permission, all for the same cost as a peer with 12 credits. That’s a 50% difference in earned credits, twice a year.

The time required to complete a degree is similarly influenced by simply adding one more three-credit class each semester to a 12 credit schedule. Instead of eight semesters of 15 credits of study till a bachelor’s degree, a student with the lighter load will need two additional semesters to get to the same point.

Momentum highlights an additional benefit for students taking those three extra credits, particularly during their first year at college. The report uses the term “momentum” to indicate those who start school taking more than the minimum number of credits. Several studies are cited that find a lack of momentum to be a problem. Finding the optimal number of credits where students are fully engaged but not overwhelmed has been the challenge.

For Tennessee students, those with 15 credit ‘momentum’ differed significantly from those enrolled in just 12 credits their first semester. “After two years (six semesters), the typical momentum student was 10 credits ahead of the typical student taking 11–13 credits, and after six years (18 semesters), the average credit accumulation for momentum students was just over 60—sufficient credits to get an associate degree.”

Study authors suggest a new definition of full-time enrollment—15 credit hours rather than 12. Without additional funding, this simple shift could increase graduation rates. There could, however, be some increased costs to institutions, with no new enrollment but higher demand for classes.