About 7 million Americans did it in 2016, according to a U.S. Census Bureau report. What did they do? Move for a job. With unemployment now at only 4.4 percent, finding a job is easier now than it was a few years ago. That’s unless you’re looking for a new gig in a different area; […] 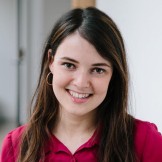 A trained journalist, Zina Kumok is a freelance writer specializing in personal finance. She writes a blog at DebtFreeAfterThree.com about how she paid off her student loans in three years, and teaches other millennials how to become debt free. Zina has been featured in Time Magazine, DailyWorth and Business Insider.

About 7 million Americans did it in 2016, according to a U.S. Census Bureau report. What did they do? Move for a job. With unemployment now at only 4.4 percent, finding a job is easier now than it was a few years ago. That’s unless you’re looking for a new gig in a different area; college graduates nearly always face this problem.

Even if you already have a job, the time might come when you decide to move for greener pastures. But it can often be unrealistic to move ahead of time. Hiring managers and HR supervisors often want to only interview local candidates, bumping your out-of-state resume to the bottom.

So what can you do? Read the tips below from experts who know something about finding a job without being local.

Location and finding a job

Some industries are firmly rooted in one city. For example, the American fashion industry is mostly in New York, while almost all movie and TV-related gigs are in Los Angeles. That doesn’t mean you can’t find a fashion gig anywhere else, but it’ll be really hard to do. It can also mean that if you’re looking for a job in LA and currently live in Iowa, you might struggle getting hired.

It might not be impossible to find a job in that city before you live there, but it’ll be easier if you move first. Plus, living there could allow you the opportunity to meet people in the industry who could give you a way in. If you find yourself struggling to get interviews in your chosen field, it might be time to consider moving before you finalize employment.

If you end up deciding to move to search for work, contact everyone you know in that city beforehand. They might have the skinny on what you’re looking for and be able to help you get your foot in the door before you actually arrive.

Mention moving in your cover letter

If you’re not located where you need to be to find a job, you need to be careful in how you approach job applications. Some employers automatically throw away any resume that shows an out-of-state zip code. You can counteract this by mentioning your upcoming move “relocating to Orlando in winter 2017.”

This shows you already plan to move and are willing to relocate for the position. It also prevents employers from wondering if you’ll require a moving stipend before accepting the position. Another tactic: Avoid putting any location on your resume or cover letter so your resume isn’t automatically discarded.

HR and hiring expert Jessica Hernandez, CEO of Great Resumes Fast, says there are other ways to get around not being in your chosen city while looking for a job. “I’ve also seen candidates use the address of a friend or family member in the area they want to relocate to or get a P.O. Box and use that address on their resume so there is a location match when recruiters perform their initial search,” she advises.

Ask people in the industry what’s typical. Some employers are OK with you being out of town, while others will primarily look for people who are already in the area. “There is one caveat – the higher the specialization of the job (e.g. experienced software engineer), the less a person needs to be already living in the target location,” says Joshua Goldstein of Underdog. “If the candidate pool is small, a hiring manager will have to be more creative, which often means interviewing people outside of the given area.”

One of the biggest issues with finding a job from a different city is that it delays how quickly you can start working. Most people put in a two weeks notice at their previous gig, but if you have to move, you might not be available that quickly. Every boss is different when it comes to how long they’ll wait for you. Make it obvious during your interview that you’re excited and willing to move, so there aren’t any doubts about your availability.