STEM careers are some of the highest-paying and fastest-growing in the U.S., yet women and minorities continue to be underrepresented in majors that lead to careers in these high-demand fields. According to the U.S. Department of Commerce, women make up less than 25% of the STEM workforce and have not gained any considerable ground in […] 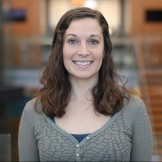 STEM careers are some of the highest-paying and fastest-growing in the U.S., yet women and minorities continue to be underrepresented in majors that lead to careers in these high-demand fields. According to the U.S. Department of Commerce, women make up less than 25% of the STEM workforce and have not gained any considerable ground in recent decades, despite increases in the number of college-educated women joining the general workforce.

What’s more concerning about these figures is that Latinas, one of the nation’s fastest growing groups of girls and women, have even lower rates of participation and rank below other women in majoring and earning degrees in science, technology, engineering and mathematics (STEM).

“Just 3.5 percent of bachelor’s degrees awarded in STEM fields in the U.S. in 2010 went to Latinas. And only 17 percent of all bachelor’s degrees awarded to Latinas in 2010 were in a STEM field, compared to 20 percent for black women, 23 percent for white women, and 33 percent for Asian women,” according to recent White House report. The reasons for so very few Latinas studying STEM are many, including social and cultural stigmas, dating from early childhood and continuing throughout educational and professional careers, often coupled with economic factors as well.

For many Latinas, the turning point for gaining the confidence to study a STEM field is when they find a mentor who nurtures their interests and is willing to bring them up to speed on foundational STEM concepts they’ve missed out on or help them improve their professional English for STEM. These mentors don’t doubt the ability of Latinas to succeed in male-dominated fields and welcome the diversity that Latinas bring to their respective areas of study.

GoodCall interviewed Latina STEM professionals to get a better understanding of the barriers to entry they’ve faced and the important role that mentors have played in overcoming these obstacles. The women also offered insider information on the growing opportunities available for Latinas with a STEM background.

Pushed away at an early age

“It’s common to be discouraged from a career in STEM when you’re a girl, and especially in Hispanic communities,” says Debbie Berebichez, now Chief Data Scientist at Metis and the first Mexican-born woman to earn a Ph.D. in physics from Stanford University. Berebichez says, “I got the message from very early on from my parents, friends of the family and even teachers at school that math was not an acceptable career to pursue, and physics was worse.” People told her “only geniuses could do those careers” and “they were not for young women.” She was urged to “pick something more feminine, like marketing, or art or journalism, something that was easier they said, so I could find someone to marry and have a family.”

Today, in many Hispanic communities in the U.S. and throughout Latin America, these types of conservative values and gendered roles continue to persist. They are communicated to young girls as they were to Berebichez, who recalls her mother, a native of Guatemala, at one point telling her that “you better not tell boys you like physics or no one will ever marry you.” “It was such an overt discouragement and nowadays we have that as well as the more dangerous subtle messages that the media sends,” she tells GoodCall.

Nevertheless, Berebichez describes a sort of balancing act that Latinas in STEM, and women in generaI, face upon entering an academic program and beginning to work in the field – choosing to embrace who they are or adopting more masculine qualities and shedding their femininity. During her post-graduate career at Stanford, Berebichez shied away from drawing attention to herself in a class of 34 men and two women, toning down loud colors she enjoyed wearing and her femininity in the ways she could to lessen attention directed at her.

This may not be the experience of all women in STEM but it is certainly one of the most common in her years of experience speaking with women in the field. And, it applies to not only Latinas she says, “I went to India and they told me the same thing. They said the boys either see me as a scientist, engineer or as a possible person to go out with.” She adds that these dynamics only get exacerbated at the higher ranks, pointing to research showing women have to choose to be either likable or competent.

She’s since shed her fear of drawing attention for being a woman in physics and her approach has been to focus on finding the people within STEM that respect her femininity and embrace the diversity she brings. This includes seeking out advisors that support having more women in the field and finding support groups among other women.

The importance of mentors

Berebichez’s life changed when a teaching assistant, Rupesh, at Brandeis University recognized her love for physics and decided to become her mentor. He tutored her over an entire summer and enlisted the aid of his own advisor, who agreed that if Berebichez could master the concepts of vector calculus before the fall, she could transfer from philosophy to physics as a third-year student in the major.

She says, “I tell the story of Rupesh because I always wanted to pay him for all his mentoring and tutoring. But, he told me that I should not pay him because when he was growing up in India in the mountains of Darjeeling, he used to be mentored by a teacher who’d climb up to his town and teach him music, English and math. His family also wanted to pay this old man, and the old man always said the only way you could ever pay him back is if you do this with someone else in the world.”

“Rupesh sort of passed me the torch of knowledge and the need to inspire others and mentor, especially women but minorities like myself who feel attracted to STEM. But for some reason, whether it’s financial or social, feel they cannot do it,” says Berebichez.

Having mentors that recognized her capacity and pushed her to excel in STEM was also critical for sparking Dr. Luz Claudio’s early interest and success in science. Age 11, she submitted together with her uncle a research paper to Scientific American on the curative properties of a local plant found in her native Puerto Rico. They were soundly rejected for “lack of evidence,” yet she was not dissuaded from her interest in science by rejection. And today, she is a scientist and tenured professor at Mount Sinai School of Medicine.

Later, her medical school professors became critical mentors for Dr. Claudio. She tells GoodCall that despite having limited English-speaking skills when she began medical school in New York City, her mentors never lowered their standards for her. Instead, they provided her with the tools and encouragement she needed to reach her goals. When asked about her keys to success in STEM, Dr. Claudio offers that, “It doesn’t much matter whether you come from a minority background if you do excellent work and surround yourself with the right mentors.”

Passing on the torch

Because of this experience, Dr. Claudio applies the same principles as a mentor for underrepresented students in science. She says all of her mentees “are expected to publish their research in peer-reviewed journals or present them in professional conferences… because the publication of a scientific research paper in a peer-reviewed journal is one of the top accomplishments that a student can have in a STEM program.”

What’s more, Dr. Claudio says that she “was able to turn what is often viewed as a disadvantage into an advantage.” Because she is bilingual in English and Spanish, she has been able to establish research collaborations in Latin America and opened up new career opportunities.

She also notes that “there is a high demand for minority faculty in science and medicine that comes partly from the needs of the increasing number of students who are from these backgrounds. They tend to want to be mentored by faculty who understand their unique concerns about being a minority in STEM.” Dr. Claudio has acted on these opportunities to create training and mentoring programs focused on students typically underrepresented in science and medicine.

Like Dr. Claudio, Berebichez also says she’s had great opportunities to share STEM with young Latinas and people around the world, even starting a program in Costa Rica, called MENTE, after giving a TEDx talk that inspired the Costa Rican government to invest in developing the program to support women in tech. Many of those young women now find themselves starting careers in the U.S. and working with companies here, she says.

She’s also had the opportunity to mentor 16-year-old, Graciela, an undocumented student in New York for the Technovation Challenge – one of the longest running tech competitions for young women from underserved communities. Graciela and her team won the competition and went on to receive $15,000 from Google to develop their app, which later became a business. Today, this promising young Latina has just started her B.A. program in computer science at the University of Pennsylvania, Berebichez proudly shares.

At Metis, one of Berebichez’s goals is to recruit Latinas to the data science boot camp. She meets with and gives talks to Latina and Hispanic associations and serves as a role model and communicates job opportunities available with a STEM background. She says there’s a misunderstanding of the careers out there, and you don’t have to work in a lab or behind a computer all the time.

With the skills taught in a data science boot camp, she says, “you can do programs and videos, work in movies creating special effects, work for fashion companies doing their numbers and real-time inventories, design new materials, work on curing diseases, and that’s just a range that I see a lot of people in the Hispanic community don’t have knowledge about.”

Berebichez notes that Metis currently offers a $2,000 scholarship for all women and underrepresented minorities, including African Americans, Hispanics, Pacific Islanders, veterans and members of the U.S. military. And one of its last cohorts in New York had a 50:50 ratio of men and women, which is something hard to achieve in computer science she says. In addition to the scholarship, she says the most important parts of the program’s success at getting more Latinas trained in computer science are educating the community about job opportunities and connecting with corporations interested in hiring Hispanics for their Spanish-Speaking skills and to provide support to many that do business in Latin America.