When it comes to paying for a college education, most students have to make at least a few special arrangements. And from applying for grants to taking out student loans, financing an education can often be as much work as completing the required courses. However, there is another option out there that many students may […] 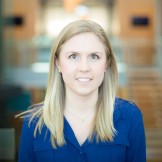 When it comes to paying for a college education, most students have to make at least a few special arrangements. And from applying for grants to taking out student loans, financing an education can often be as much work as completing the required courses.

However, there is another option out there that many students may not be aware of: the work college.  At work colleges, students are asked to contribute labor to the school or the community in exchange for free or deeply discounted tuition. Most work colleges are in rural areas, but one – Paul Quinn College in Dallas, Texas – is set to become the country’s first urban work college.

Work colleges in the U.S.

Today, the U.S. has seven recognized work colleges that collectively make up the Work Colleges Consortium. They are all in relatively rural areas, and many of the employment opportunities include working closely with agriculture and environmental issues. Each school formed and grew independently to meet the needs of their individual communities before coming together to form the Consortium. A few were founded by individuals who felt that through the cooperation of students and teachers, an affordable education could be available to everyone. Others developed from smaller institutions and junior colleges. Each of the schools provides a rigorous academic program for its students in exchange for an average of 8 to 15 hours of work per week.

Paul Quinn College in Dallas, a historically black college (HBCU), was originally founded in 1872, and is poised to become the nation’s first urban work college. According to a recent announcement, beginning in the fall of 2015, the institution will adopt a new financial structure that will transform the school into a work college. The school will provide students with an affordable education, while exposing them to many different types of work outside of a strictly rural environment.

An effective system for many students

Work colleges can help students bridge the gap between formal education and the workplace – a disconnect that some students of traditional institutions struggle with after graduation. According to the Work College Consortium, 75% of work college graduates believe that their work at school helped to prepare them for their first job after graduation. Another benefit of work colleges?  They do not differentiate between students of different economic backgrounds, so students feel like the playing field is level.

One potential drawback of many of these schools is that they are faith-based. In fact, of the current work colleges in operation, only Sterling College in Vermont and Warren Wilson in North Carolina do not base their curricula on Christian values. While this may not be an issue for followers of that faith, it may discourage students from other backgrounds from applying, as well as keep the student body fairly homogeneous.

The future of higher education?

Student loan debt in the U.S. now totals more than $1 trillion. And this number affects more than just students – it also affects taxpayers who are helping to finance that debt through subsidized loans and grants. The U.S. Government also provides numerous subsidies, tax breaks, and other forms of aid to schools across the country. The work college model reduces how much it costs to operate schools by having students complete routine tasks such as landscaping, food services, janitorial work, and administrative tasks. By reducing costs this way, the schools need less in tuition and students borrow less, reducing the overall burden on everyone.

One fact is clear: the average debt of work college graduates is about $12,000, compared to about $26,000 for graduates of traditional colleges and universities. For students that have the means to attend college without borrowing heavily, the work college model may not be appealing. But for many others who rely on student loans and other forms of financial aid, it can be a great way of attending college for a much lower cost. In any case, the world of higher education will be keeping an eye on how Paul Quinn College fares during its transition to a work college in the fall.