Study Reveals Student Sleep Habits: How Much is Enough?

The average college student gets more sleep than you might think, according to a recent evaluation of the sleep data collected by Jawbone’s UP device. The wearable device measures sleep, movement/exercise and food consumption, and it says student sleep habits don’t necessary follow the stereotype. The latest data was obtained from tens of thousands of […] 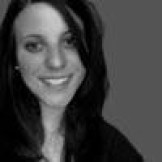 Marisa is an award-winning marketing professional who loves to write. During the day, she wears her marketing hat in her marketing director role and at night she works as a freelance writer, ghost writing for clients and contributing to publications such as Huffington Post and Social Media Today.

The average college student gets more sleep than you might think, according to a recent evaluation of the sleep data collected by Jawbone’s UP device. The wearable device measures sleep, movement/exercise and food consumption, and it says student sleep habits don’t necessary follow the stereotype.

The latest data was obtained from tens of thousands of college students attending more than 100 universities throughout the U.S. The results represent more than 1 million nights of sleep.

The average duration of sleep for the students tracking their sleep with the UP device was 7.03 hours on weeknights and 7.38 hours on the weekends. So much for the idea of college students getting little to no sleep, alternating late-night parties with all-night study sessions.

The study also indicates, on average, that:

The study suggests that students who were tracked are getting, on average, more than the 7 minimum recommended hours of sleep per night. However, about 46 percent of nights, students are sleeping less than 7 hours.

It’s important to note that this study only evaluated students who were using the UP device. This suggests a research population with a higher level of disposable income and an above average interest in monitoring health data for optimization.

It is unclear whether these student sleep results are truly reflective of the general student population. There have been no other studies that have been able to effectively track the data of such a large cohort of students.

The impacts of sleep deprivation

GoodCall® previously explored some of the problems students experience due to insufficient sleep. Self-reported difficulties resulting in insufficient amounts of sleep appear to be higher than those uncovered in the research.

The consequences of student sleep deprivation were examined in a paper published by the National Institutes of Health. These included:

Sleep deprivation isn’t a problem experienced only by students. Data suggests most Americans suffer from sleep deprivation occasionally. Many people attempt to solve the deficiency by sleeping more on weekends. Unfortunately, it is impossible to catch up and store sleep.

Dr. Joseph Krainin, founder and president of Singular Sleep LLC, explains, “One or two nights of more extreme sleep deprivation, of four hours or less, may set a student back mentally for several days.”

How to get more sleep

While many students consider low levels of sleep to be a standard part of receiving an education, they don’t have to be. There are tactics students can implement to ensure they are receiving adequate amounts of sleep to promote their health and academic success.

Dr. Aneesa Das, sleep medicine specialist at the Ohio State University Wexner Medical Center, recommends between 7 and 9 hours of sleep per night as being optimal for most adults.

To accomplish this goal, she suggests the following:

In addition to these lifestyle alterations, there are several types of technology that can help people prepare their minds to fall asleep more quickly. Those who use digital devices such as smartphones, tablets, and computers on a regular basis often have their sleep patterns disrupted due to increased exposure of blue light.

Some apps that can be used on the various operating systems to minimize the blue light emitted by the devices that has been found to reduce the amounts of melatonin produced by the brain.

Flux can be installed on Mac OSX and has versions for iPhone, iPad, Android devices, Windows, and Linux. Later model iPhones have native applications that allow the blue light to be removed from the screen by entering into night shift mode. Several reading devices or apps remove blue light when it’s dark outside.

Some research has indicated subjects can wear orange tinted glasses to block blue light from a wider variety of sources. This can include the lighting used within the home that may also be negatively impacting quantity and quality of sleep.

Science has clearly shown sleep deprivation has serious medical and cognitive consequences. This most current study suggests that students may sleep more than anticipated, but it still identifies sleep inadequacies for a significant period each week. More research is needed to determine how widespread a lack of sleep is among a wider slice of college students.